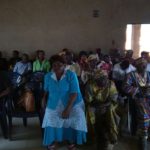 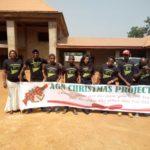 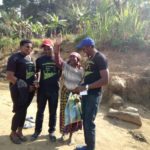 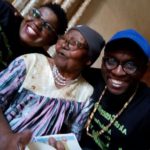 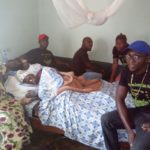 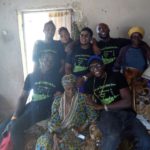 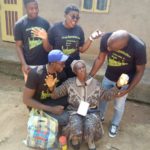 AGN was born sometime in March 2016 under the influence of the United Nations Youth Assembly conference in February 2016 in New York attended by founder (Elvira Che). During this conference, youths were encouraged and empowered to take responsibility in developing their communities. The name Akum Generation Now was also as a result of that conference in New York, which called the youths to be the transformers of their own Generation. AGN represents all members of the Akum community.

Developing our community from within, for the people, by the people and with the people.

We envisage a community where we can start with our own resources to achieve access and excellence in education and vocational training for every child, empower our women and girls socially and economically, assist and promote infrastructural development while building partnership and preserving our cultural values to attain our objectives.

There is no special requirement to be a member of the AGN organization but commitment.  We are open to partner with organizations, corporations or even individuals with particular visions that align with our mission. We are internationally represented and there is no age limit

AGN is an open platform to discuss every idea that will promote the development of our community and empower the youths of Akum to take responsibility to influence positive change in Akum.

On the 23rd of December 2016, AGN carried out its first project which was solely funded by some inhabitants of the Akum Community. This project fully met the mission of the organization which states developing our community by the people. However, this does not mean that AGN cannot receive funding from other bodies; that is why building partnership for development is one of our objectives but our aim is to make the Akum communities take responsibility and be accountable of their own development.

The beneficiaries of the AGN project were selected from all quarters of the Akum village with no consideration of religious beliefs, which summed up to 50. They included sick, who were selected under certain criterion; you must have been sick for at least two years and of any age group/sex. The old made up 15 people and must be at least 85 years of age. Must old people were fall under the category of the sick. The handicapped or disabled made of 11 people out of the 50 beneficiaries and were of any age and sex.

The project had 15+ volunteers who worked on ground to make sure the project was effectively implemented them include:

On the 18th of March 2017, AGN carried out its second project which was solely funded by some inhabitants of the Akum Community. This project fully met the mission of the organization which states developing our community by the people and empowering youth and women with knowledge. AGN partnered with the Moghamo TV online. A community based TV that promotes community development activities in the North West Region of Cameroon. AGN also during this training session, launched a Social Business Plan Award to support business ventures that will economically empowered women in the Akum community.

The beneficiaries of the AGN project were selected from all quarters of the Akum village with no consideration of religious beliefs, which summed up to 25 youths in Akum with 20 females and 5 males. Who school and work within the community.

Team of facilitators and Topics

On the 16th of April during the end of year Akum welfare Association Convention General, the BLA (150.000FCFA) was handed over to the best business venture by Beyam Jeannet Mangwe. Her Business Plan named Charity Focused Supplies is a food chain that buys farms products from the rural women in Akum and supplies them to food dealers in some main cities in Cameroon. There will be a follow-up to mentor and support her business ideas with innovative and best marketing strategies.